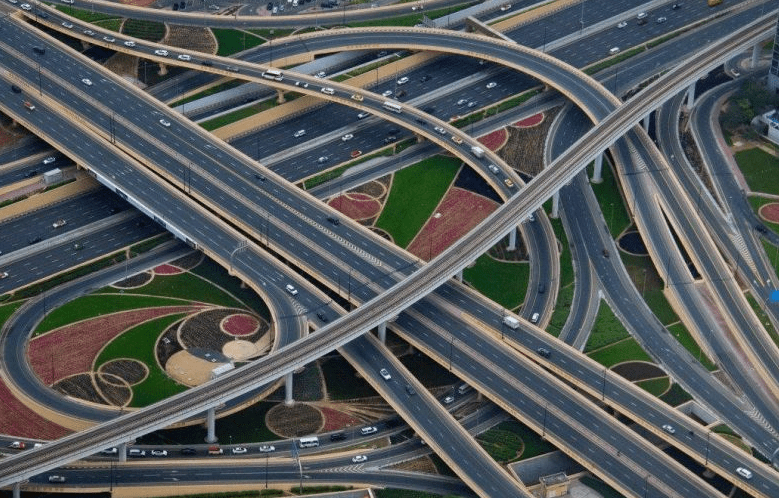 Infrastructure is at the heart of Sustainable Development Agenda 2030. Encompassing everything from health and education for all, access to energy, clean water and sanitation, most of the SDGs imply improvements in infrastructure. It not just provides economic benefits but also works to achieve social and environmental development of a nation. From transport systems to power-generation facilities and water and sanitation networks, it offers the services that enable societies to function and economies to thrive.
As per report of the Task Force of Department of Economic Affairs, Ministry of Finance, Government of India, it is estimated that India would need to spend $4.51 trillion on infrastructure by 2030 to realise the vision of a $5 trillion economy by 2025, and to continue on an escalated trajectory until 2030. The endeavour of the National Infrastructure Projects would be to make this happen in an efficient manner. Let us take a look at the top 5 mega infrastructure projects in pipeline initiated by the Government of India.

Port infrastructure is an important indicator of socio-economic development. They expedite movement of goods and increase international trade. They generate ample amount of employment and are also environmental friendly because it consumes less energy as compared to rail and airways.

Considering its importance, the Government of India introduced the Sagarmala Project with an aim to develop new ports and renovate old ports of India. The mainstay focus of the Sagarmala is port modernization, port connectivity, port led industrialization and costal community development. Total budget of the project is INR 6.01 Lacs Cr for 574 projects out of which 121 projects have been completed and rest are under development.

Transport infrastructure is the lifeline of India, as it connects the remotest corners of our vast country, enabling safe and smooth mobility, while empowering our economy. The government of India realizes the importance of sustainable transport infrastructure and thus introduced the Bharatmala Pariyojna. With the use of technology and scientific planning for project preparation and asset monitoring this ambitious project aims to connect every corner of the country and bridge critical infrastructure gaps through effective interventions like development of economic corridors, inter corridors and feeder routes, national corridor efficiency improvement, border and international connectivity roads, coastal and port connectivity roads and green-field expressways.

The project aims to connect every corner of the country interconnecting 550 District Headquarters through a minimum 4-lane highway by raising the number of corridors to 50. Different phases have been identified for this particular project under which atotal of around 34,800 kms of roads development has been identified for which the estimated budget is INR 5,35,000 crore. The timeline of Phase 1 of Bharatmala Pariyojna is five years from 2017-2022.

Envisaged 35 years ago, The Mumbai Trans Harbour Link (MTHL) aims to facilitate decongestion of the island city by improving connectivity between Island city and Navi Mumbai by building 21.8 kms freeway grade road bridge. After 3 failed attempts to take up the project in various modes like PPP and EPC, in the year 2004, 2005, 2008 respectively, the Government of Maharashtra in February 2009, decided that the project will be owned and implemented by Mumbai Metropolitan Region Development Authority (MMRDA).

Considering the importance of island and the mainland connectivity, INR 14,262 crore has been planned for the project to benefit commuters traveling from Mumbai towards Navi Mumbai, Navi Mumbai International Airport, Jawaharlal Nehru Port, Panvel, Alibaug, Pune and Goa. Once completed, it will save time of commuters and decrease the traffic congestion within the city. The project will also ensure quicker access to Navi Mumbai International Airport and will improve connectivity between Pune Expressway and South India.

Total 4 phases have been designed to complete the project wherein phase 1 10.380 km long bridge section across the Mumbai Bay Including Sewri Interchange will be constructed, 7.807 km long bridge across the Mumbai Bay including Shivaji Nagar Interchange will be completed in phase 2, 3.613 km long viaduct section including interchanges at State Highway-54 and at National Highway-4B near Chirle in Navi Mumbai will completed in phase 3 and in the last phase that is 4 Intelligent Transport system will be implemented.

With an ambition to build bridges for safe and seamless travel on National Highways the Government of India launched Setu Bharatam programme in March 2016. The project is under the Ministry of Road Transport and Highways. A total of Rs. 102 billion has been allocated for completion of this project with a target to make all the national highways free from railway crossings by constructing new bridges and renovating old ones. Under the project construction of 208 rails over and under bridges has been planned and also to reconstruct and widen 1,500 British-era bridges in a phased manner.
The project emphasises on the use of scientific techniques in its construction workflow and has established the Indian Bridge Management System under the Ministry of Road Transport and Highways that conducts surveys and inventions of all the bridges on the national highways through mobile inspection units. There are around 11 firms that have been set up for this purpose. This project has been successful in inventing 50,000 bridges till now and the first cycle of this survey was completed in June 2016.

Diamond Quadrilateral network was announced in the Railway Budget 2014-15. The plan aims to connect four mega cities in India namely, Delhi, Mumbai, Kolkata and Chennai, and growth centres of the country through high speed rail network. So far the Ministry of Railways has undertaken feasibility studies for Delhi-Mumbai, Delhi-Kolkata, Mumbai-Chennai, Mumbai-Nagpur and Chennai-Bengaluru-Mysuru routes. The project is still under planning phase and only a few segments have been approved.  In its first phase, high-speed train corridor between Mumbai-Ahmedabad has been planned. For successful implementation of the project, the government of India has also established a Special Purpose Vehicle by the name National High Speed Railways Corporation Limited (NHSRCL). The planned rail network is of approximately 500 km between Mumbai and Ahmedabad over which a high speed bullet train with speed of 320 km/h will connect these two major business hubs of the country. The plan is expected to be completed in the year 2022.

It is evident from these projects that the Government of India understands the importance of creating infrastructural assets for boosting the Indian economy. Now it is to be seen how it adopts cutting-edge technologies to accelerate the pace of such mega projects for workflow efficiencies and resource savings. 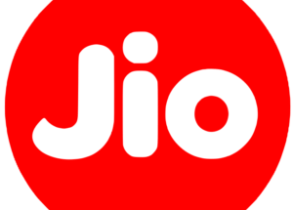 GIS Has Helped Jio in Creating a Global Record