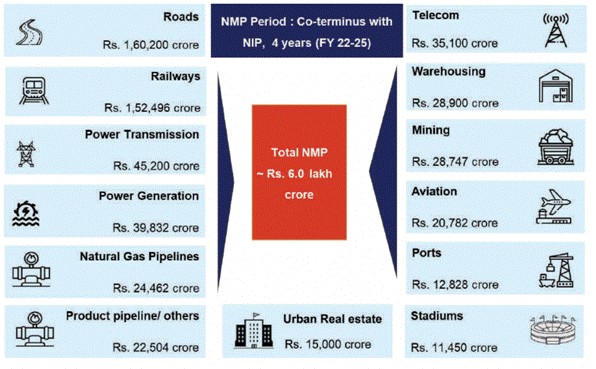 With the launch of the National Monetisation Pipeline, announced by Union Finance Minister, Smt Nirmala Sitharaman, the Geospatial Industry is up for new challenges and ventures ahead. As the Government plans on monetising the country’s public assets to drive investments for new infrastructure creation, Geospatial technologies are set to have a key role to play.

Data collection through Geospatial technology would shape not just initial surveys for records and decision-making, but also guide the processes of tracking, monitoring and management of assets throughout. GIS/Spatial analytics in conjunction with Earth Observation, GNSS/Positioning and Scanning can be used for accurate data collation over the web/cloud platforms. Adding the immense potential of AI/ML could open limitless avenues of greater efficiency and innovation for this Asset Monetisation Programme.

The following Press Release has been shared by the NITI Aayog on PIB, and has been re-published on AGI without any edits.

Union Minister for Finance and Corporate Affairs, Smt Nirmala Sitharaman, today launched the asset monetisation pipeline of Central ministries and public sector entities: ‘National Monetisation Pipeline (NMP Volumes 1 & 2)’. The pipeline has been developed by NITI Aayog, in consultation with infrastructure line ministries, based on the mandate for ‘Asset Monetisation’ under Union Budget 2021-22. NMP estimates aggregate monetisation potential of Rs 6.0 lakh crores through core assets of the Central Government, over a four-year period, from FY 2022 to FY 2025.

Volumes 1 and 2 of the report on NMP was released today in the presence of Vice Chairman (NITI Aayog), CEO (NITI Aayog), and Secretaries of infrastructure line ministries included under the pipeline—Roads, Transport and Highways, Railways, Power, Pipeline and Natural Gas, Civil Aviation, Shipping Ports and Waterways, Telecommunications, Food and Public Distribution, Mining, Coal and Housing and Urban Affairs—along with Secretary (Department of Economic Affairs) and Secretary (Department of Investment and Public Asset Management).

Union Minister of Finance, while launching the pipeline, said, “The Asset Monetisation programme has taken shape because of the vision of our Hon’ble Prime Minister who has always believed in universal access to high-quality and affordable infrastructure to the common citizen of India. Asset monetisation, based on the philosophy of Creation through Monetisation, is aimed at tapping private sector investment for new infrastructure creation. This is necessary for creating employment opportunities, thereby enabling high economic growth and seamlessly integrating the rural and semi-urban areas for overall public welfare.” Smt. Sitharaman further enumerated the reforms and initiatives undertaken by the current Government towards accelerated infrastructure development and for incentivizing private sector investments. This included the recent ‘Scheme of Financial Assistance to States for Capital Expenditure’, which incentivizes State Governments to recycle State Government-owned asset for fast-tracking greenfield infrastructure.

“The strategic objective of the programme is to unlock the value of investments in brownfield public sector assets by tapping institutional and long-term patient capital, which can thereafter be leveraged for further public investments,” Vice Chairman, NITI Aayog, said during the launch. He emphasized on the modality of such unlocking, which is envisaged to be by way of structured contractual partnership as against privatization or slump sale of assets.

NMP is envisaged to serve as a medium-term roadmap for identifying potential monetisation- ready projects, across various infrastructure sectors. CEO, NITI Aayog said, “The NMP is aimed at creating a systematic and transparent mechanism for public authorities to monitor the performance of the initiative and for investors to plan their future activities. Asset Monetisation needs to be viewed not just as a funding mechanism, but as an overall paradigm shift in infrastructure operations, augmentation and maintenance considering private sector’s resource efficiencies and its ability to dynamically adapt to the evolving global and economic reality. New models like Infrastructure Investment Trusts  & Real Estate Investment Trusts will enable not just financial and strategic investors but also common people to participate in this asset class thereby opening new avenues for investment. I hence consider the NMP document to be a criticalstep towards making India’s Infrastructure truly world class.”

NMP is a culmination of insights, feedback and experiences consolidated through multi-stakeholder consultations undertaken by NITI Aayog, Ministry of Finance and line ministries. Several rounds of discussion have been held by NITI Aayog with the stakeholders. The pipeline has been deliberated at length in inter-ministerial meeting chaired by Cabinet Secretary. This is therefore a whole of a government initiative.

Secretaries of all infrastructure ministries affirmed their resolve towards achieving their respective targets set under NMP, working jointly with NITI Aayog and Ministry of Finance.

As part of a multi-layer institutional mechanism for overall implementation and monitoring of the Asset Monetization programme, an empowered Core Group of Secretaries on Asset Monetization (CGAM) under the chairmanship of Cabinet Secretary has been constituted. The Government is committed to making the Asset Monetisation programme, avalue-accretive proposition both for the public sector and private investors/developers, through improved infrastructure quality and operations and maintenance. This is aimed at achieving the broader and longer-term vision of ‘inclusiveness and empowerment of common citizens through best in class infrastructure’.

NMP aims to provide a medium term roadmap of the programme for public asset owners; along with visibility on potential assets to private sector. Report on NMP has been organised into two volumes. Volume I is structured as a guidance book, detailing the conceptual approaches and potential models for asset monetisation. Volume II is the actual roadmap for monetisation, including the pipeline of core infrastructure assets under Central Govt.

The pipeline has been prepared based on inputs and consultations from respective line ministries and departments, along with the assessment of total asset base available therein. Monetization through disinvestment and monetization of non-core assets have not been included in the NMP. Further, currently, only assets of central government line ministries and CPSEs in infrastructure sectors have been included. Process of coordination and collation of asset pipeline from states is currently ongoing and the same is envisaged to be included in due course.

This includes selection of de-risked and brownfield assets with stable revenue generation profile with the overall transaction structured around revenue rights. The primary ownership of the assets under these structures, hence, continues to be with the Government with the framework envisaging hand back of assets to the public authority at the end of transaction life.

Considering that infrastructure creation is inextricably linked to monetisation, the period for NMP has been decided so as to be co-terminus with balance period under National Infrastructure Pipeline (NIP).

In terms of annual phasing by value, 15% of assets with an indicative value of Rs 0.88 lakh crore are envisaged to be rolled out in the current financial year (FY 2021-22). However, the aggregate as well as year on year value under NMP is only an indicative value with the actual realization for public assets depending on the timing, transaction structuring, investor interest etc.

The assets and transactions identified under the NMP are expected to be rolled out through a range of instruments. These include direct contractual instruments such as public private partnership concessions and capital market instruments such as Infrastructure Investment Trusts (InvIT) among others. The choice of instrument will be determined by the sector, nature of asset, timing of transactions (including market considerations), target investor profile and the level of operational/investment control envisaged to be retained by the asset owner etc.

The monetisation value that is expected to be realised by the public asset owner through the asset monetisation process, may either be in form of upfront accruals or by way of private sector investment. The potential value assessed under NMP is only an indicative high level estimate based on thumb rules. This is based on various approaches such as market or cost or book or enterprise value etc. as applicable and available for respective sectors.

As an overall strategy, significant share of the asset base will remain with the government.

The programme is envisaged to be supported through necessary policy and regulatory interventions by the Government in order to ensure an efficient and effective process of asset monetisation. These will include streamlining operational modalities, encouraging investor participation and facilitating commercial efficiency, among others. Real time monitoring will be undertaken through the asset monetisation dashboard, as envisaged under Union Budget 2021-22, to be rolled out shortly.

The end objective of this initiative to enable ‘Infrastructure Creation through Monetisation’ wherein the public and private sector collaborate, each excelling in their core areas of competence, so as to deliver socio-economic growth and quality of life to the country’s citizens.

The full report can be accessed here: http://www.niti.gov.in/national-monetisation-pipeline 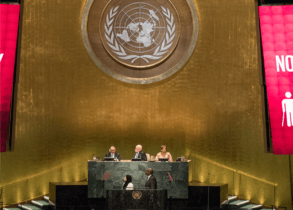 MGNREGA to use Geospatial Technology for Augmenting Efficient Outcomes