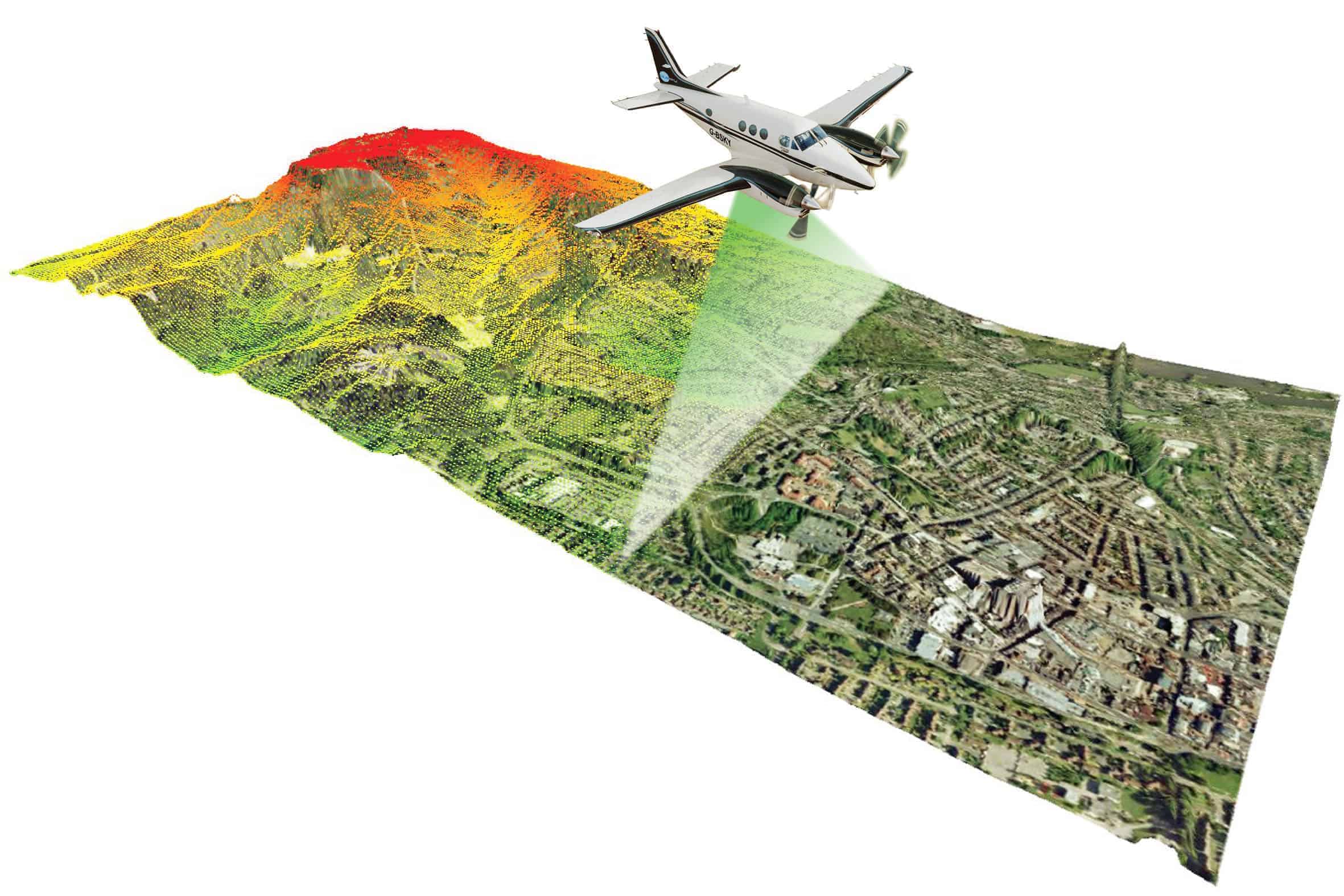 LiDAR and its Applications

In recent news, the Airport Authority of India used aerial LiDAR survey to explore the feasibility of a runway in the under-progress greenfield airport in Mandi, Himachal Pradesh. The Kerala Rail Development Corporation is also undertaking a LiDAR survey of the Sabari Rail Project in Kerala’s Ernakulam to study buildings, bridges, forests, vegetation and smaller structures along the proposed corridor.

Short for Light Detection and Ranging, LiDAR was also in news earlier this year when the government decided to launch a survey for augmenting groundwater in forest areas, to prevent wild animals from straying beyond safe boundaries.

Slowly but steadily, LiDAR has rooted itself firmly into several industries. The technology is currently enjoying an increasingly large international market. Closer home, the opening up of the Geospatial sector and greater awareness about the utility of LiDAR surveys for various industries are boosting the perception of this technology as an important remote sensing tool.

Light Detection and Ranging (LiDAR) is a popular method of remote sensing used for measuring distances accurately. Similar to RADAR, which uses radio waves, LiDAR uses light in the form of a pulsed laser to measure ranges (variable distances) to the Earth. The light pulses, together with other system-generated data points, produce accurate 3D information about the object being studied with respect to its immediate context.

The accuracy of depth and dimension of LiDAR in terms of measuring distances is unmatched, and so is its speed, compared to RADAR or cameras. LiDAR can see through objects, including walls and trees, and generate high-resolution digital elevation models that can be used in Geographic Information Systems (GIS), allowing scientists, mapping agencies and government authorities to study both natural and manmade environments with precision.

What does a LiDAR instrument consist of?

A LiDAR device has several components, typically including a laser, a scanner, and a specialized GPS receiver. Other elements like the photodetectors also play an important role in data collection and analysis using LiDAR devices, which are commonly installed on vehicles like aircraft, automobiles, or drones.

The simple working principle of a LiDAR involves throwing laser light at the object or surface to be studied and calculating the time taken for the light beam to hit the object and return to the LiDAR source. Given light travels at a speed of approximately 186,000 miles per second, LiDAR surveys produce incredibly fast results.

What are the Different Types of LiDAR surveys?

Depending on their installation, LiDARs may also be categorized into airborne and terrestrial types. Airborne LiDAR systems are typically installed on aircraft and drones and emit pulsed lasers towards the ground surface. After hitting the object, these beams return to the sensor immediately, giving an exact metric for the distance.

Depending on the area of survey, Airborne LiDAR can be further categorized into topographic and bathymetric. While topographic LiDARs use near-infrared lasers for mapping objects on the land, bathymetric LiDARs use water-penetrating green light to map the underwater terrain, including both seafloors and riverbeds.

Lastly, terrestrial LiDAR systems are installed on moving vehicles and tripods or other suitable devices on the ground for collecting accurate data points in the study of roads, highways, building interiors, land plots, and so on. Terrestrial LiDAR systems also have two subtypes – mobile LiDAR typically used for studying roadway assets and installed on moving automobiles, and static LiDAR mounted on tripods for a fully portable, laser-based ranging inside and outside buildings.

What are the Areas of Application of LiDAR?

The impressive versatility and high resolution of LiDAR surveys give it wide-ranging applications in several fields. Some of these have been discussed below:

LiDAR technology is instrumental in developing detailed 3D models of agricultural lands based on accurate data collection and mapping of farm terrain and shape, water catchment areas, soil type, crop quality estimation, potential production zones, crop damage extent and cause, and so on.

With LiDAR technology, it is now possible to map and measure hidden historical objects and structures by detecting the tiniest surface anomalies. Though LiDAR lasers cannot penetrate the ground, archaeologists and researchers use them for mapping topographies, planning excavations and spotting sites difficult for the naked eye to see. 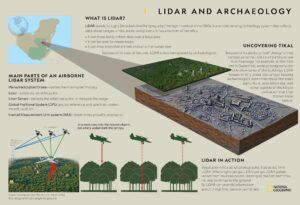 LiDAR can be used to measure gases and particles in the atmosphere, allowing climate scientists to study and track changes even from space. The vertical structure of ozone can be studied, changes in forest land-use patterns mapped, alterations in glacier expanse calculated over time.

Data on flood inundations, storm surges, topographic changes, and so on can be gathered through LiDAR survey. The latest elevation data of places can assist in the processes of infrastructure repair, recovery, and redevelopment after the disaster.

Regular monitoring and maintenance of infrastructure assets, such as railway lines, roads and highways, and power lines, to name a few, could become much more accurate using LiDAR. Replacing costly labour, carbon and manual interventions, LiDAR is enabling a new paradigm of remote monitoring and asset management using the very vehicles that are running throughout urban areas for mobile LiDAR mapping, thus generating valuable data for 3D point-cloud visualizations.

LiDAR technology can simplify the monitoring of land resources by enabling the collection of data more accurately and faster than aerial surveys. Sensors can be mounted on drones for generating 3D digital terrain models of inaccessible areas, thus omitting the need for high costs, manual labour or longer survey durations.

Due to its shorter wavelength compared to other remote sensing technologies, LiDAR can detect tiny molecules in the atmosphere, for instance, oil and gas particulate matter in the air. This can prove useful in detecting leakages and emission rates, eliminating the need to visit sites physically for inspection before a valid detection has been made.

This is not all. The wide-ranging benefits of LiDAR technology are also finding emerging applications in avenues of robotics, tsunami modelling, meteorological studies, renewable energy estimation, space and planetary studies, real estate development, coastal zone mapping and so on.

It has taken LiDAR technology a little less than two decades to make it to mainstream adoption, the high costs of installation and surveying being the chief reasons. With technological development and indigenization of production, LiDAR has become much more affordable today. There is also a greater understanding of the technology’s many benefits and impressive RoI.

The challenge now is to be able to transform the massive amounts of raw LiDAR data obtained from surveys into usable, structured data that end-users can eventually interpret visually. Public and private authorities must focus on creating a pool of well-trained professionals adept in this promising technology, besides the development of the right platforms and tools for handling LiDAR surveys and data processing. 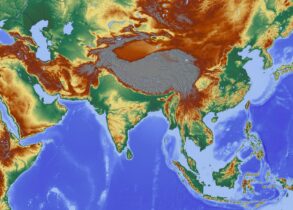 Encouragement to Geospatial Data, Solutions and Products by the Government of India 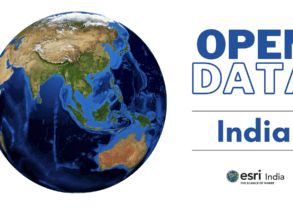