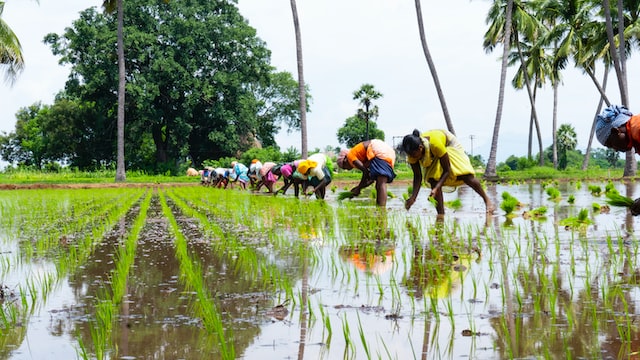 Land registration is one of the biggest sources of revenue collection for a majority of States and Union Territories (UTs) in India, and yet one of the most complicated administrative areas that authorities have been handling for years.

The Digital India Land Records Programme (DILRMP) has been conceptualized as a major system and reform initiative by the Department of Land Resources, Ministry of Rural Development, Government of India. The scheme has been brought under the ‘Digital India’ flagship programme to build on the commonalities existing in the arena of land records in various States/UTs for state-specific yet unified solutions.

While the scheme is currently under implementation, there are some challenges that have prevented the accomplishment of all its broad objectives.

An insight into global developments in cadastral mapping and land administration in the recent past shows greater emphasis placed on adopting the “Fit for Purpose” approach. The same approach finds mentioned in the Framework for Effective Land Administration (FELA) Report prepared by the UN-GGIM Working Group for Land Administration and the UN-IGIF Framework for Geospatial Information Management at the country level.

The principle behind the “Fit for Purpose” (FFP) concept is designing a framework of land administration system to meet the motive of tenure security using tools and techniques for addressing the most pressing needs at the moment, and then gradually scaling them up based on evolving needs. FFP has three chief components – time, costs, and accuracy – of which you can focus on any two at a time.

Land administration in India has continuously fallen behind because of the failure to realize an integration of frameworks, data and attributes with technical and conceptual accuracy in line with such global best practices.

Earlier known as NLRMP (National Land Records Monetization Programme), the scheme was revamped and renamed DILRMP in April 2016 as a central sector scheme, and its validity extended up to 2019-20. The funding model was changed from a sharing basis (between Centre and State) to a 100% centrally assisted model with the primary objective of promoting and encouraging States for active participation without any funding constraints.

The chief components of DILRMP are as follows:

While the computerization of land records has progressed well, survey/re-survey work has not shown relatively significant progress over the years. As per the DILRMP-MIS, survey/re-survey work has been completed in only 11.5% (75,135) villages out of 6,56,141, whereas computerization of land records has been completed in 93% of the total 6,56,141 villages so far.

Why Survey/Resurvey is a Critical Requirement

Survey/resurvey has a pivotal role to play in terms of achieving the ultimate objective of GIS-based programme management – the integration of all verticals in revenue administration for conclusive titling and for ensuring transparent, effective land transactions.

Cadastral maps in India are very old, dating back from 30 to 100 years, and were originally prepared in a different spatial reference frame. No physical reference points or survey monuments representing the old spatial reference frames exist today for cross-checks or resurvey work. None of the past survey records or ancillary traverse records is available either. This makes the task of geo-referencing existing records without resurveying a daunting challenge.

Original survey work will also be required in areas with no existing revenue records, either because those areas were not covered, or their revenue records were lost, damaged, or destroyed in the past. And yet, for more than five decades after independence, there has been absolutely no focus on resurveys or modernization of revenue processes, barring sporadic efforts by some states at a much smaller scale.

To be able to critically analyze the Indian experience with land records, registry, and revenue, one must acknowledge that the situation in the country is quite complex. It demands a thorough understanding of the context and challenges, associated technicalities, existing institutional structures, policy scenario and, most importantly, stakeholder accountability.

The Context and Challenges

It would be prudent to analyze the DILRMP progress in three phases for better clarity of context and associated developments.

The survey/resurvey component requires a detailed and accurate understanding of technologies for better decision-making. However, the programme suffered due to the adoption of shortcuts against surveying best practices and inadequate knowledge about correct surveying approaches in the first two phases, particularly in QA/QC and acceptances stages at the state/UT level.

The result is in the form of the preparation of georeferenced cadastral records using HRSI (high-resolution satellite imagery), with no rigorous ground validation surveys to determine data absoluteness. HRSI-rectified and geo-referenced maps were to be used solely as village index maps for purposes other than land transactions. Only ground-verified Geospatial data prepared as per existing/modified State/UT-specific revenue codes and laws had to be used for the core GIS for final planimetric accuracy.

The unavailability of the right kind of data, therefore, is the primary bottleneck, and not the unavailability of technology. This leads to negative developments like non-payments, delayed execution, arbitration proceedings, non-completion of contracts, etc. in various outsourcing cases under the project.

State-specific institutional systems for revenue administration have been in existence for a long time in the country, but their role and importance have seen significant change post-independence, in the light of administrative reshuffles and policy changes. The capacity and expertise available in present revenue institutions across a majority of the states/UTs have seen considerable depletion over the last four to five decades.

The gradual deterioration of work processes, capacities, expertise and attitude of revenue institutions has affected both data maintenance and net land revenue collection across the country. Huge volumes of datasets of all types and forms are lying with revenue institutions in the country left to be duly incorporated. Poorly maintained, outdated and erroneous revenue records abound.

It seems the biggest reason for this gap is the lack of intent, focus, prioritization and will for modernization, updating and management of land revenue systems across the country.

Since independence, land revenue collection has been majorly limited to the registration of the sale/purchase of commercial land transactions through a mutually exclusive process. There was never any compulsion for complete inherently associated revenue processes like ROR entries, or timely updates to mutation records and cadastral maps in sync with land-related transactions.

Component-wise costing worked out for the 1st phase of the scheme was found to be very unattractive to private firms, as evident from the feeble response to outsourcing tenders of the states/UTs. In states/UTs with the capacity and determination to absorb additional financial burden over and above the DILRMP, funds allocation could really start survey/resurvey activities. These rates were enhanced in the second phase but there was no focus on the survey/resurvey component. Therefore, the real advantage could never be leveraged in tangible terms.

Further, there were other procedural stipulations on the release of funds to states under the scheme as a Centrally Sponsored Scheme, corrected later when the scheme was made a Central Sector Scheme by the Central Government in the year 2016.

The prescribed DILRMP implementation model stipulates survey/resurvey execution by respective state/UTs only. Funds are directly provided to them by DoLR primarily based on their project proposals approved by PM&SG under the scheme.

Now, there was no scope for the direct involvement of any central agency like SoI in the project, which resulted in the execution of the scheme as per state/UT-specific focus alone. No priority was placed on any changes in technical methodology. Most states/UTs were not equipped with a deeper technical understanding of surveying methodologies and mapping processes.

There is also a major gap in awareness among Government officials about global developments and examples such as FELA or the Fit-for-Purpose approach, or the latest technological advancements in cadastral mapping and revenue system modernization. Revenue laws of most states are also yet to be updated in the purview of such developments.

Central agencies like Survey of India had been there as part of a monitoring mechanism to extend the technical expertise of surveying and mapping in DILRMP scheme implementation, but real technology infusion using the latest surveying and mapping technologies has not been easy in the rigid project structure.

The Bright Side: Positive Developments in the Field

Over the last few years and especially in the current and third phases of the DILRMP, several positive developments have been witnessed on the land administration front. Textual or Records of Rights (ROR) data is presently being integrated with the registration process across all states at a commendable pace under DILRMP.

SoI’s advocacy for the inclusion of CORS technology from 2015-16 onwards has also finally been realized, with the establishment of the CORS network and the use of Network RTK-based survey methodology for cadastral level record generation. This was introduced under the prestigious SVAMITVA scheme of the Ministry of Panchayati Raj launched in the year 2020.

What Can be Done Better? The Way Forward

The modernization of the Indian revenue system essentially entails rectification and amendments to:

Expertise and capacity-building at revenue institutions

Timely execution of target activities for the modernization of various facets of the land revenue system in the country can be achieved only when revenue institutions are strengthened with skilled manpower as per revised roles and mandates.

The approach adopted for the implementation of the programme requires changes in terms of more clarity at the Centre/State Government level about the strategic issues witnessed during the past 10-12 years of its implementation.

Various stakeholders at various levels including Centre, State and Private agencies need to be equipped with skills in sync with proposed targets, technologies, and processes at large.

Deeper engagement of the private sector

Technology approaches like the use of CORS network infrastructure combined with aerial data capturing for resurvey with realistic timelines considering the available capacity in the country and planned augmentation in partnership with the industry.

New frameworks and processes based on global land administration standards, best practices and available frameworks like FELA, IGIF, and WB reports need to be implemented. The due focus should be paid to the larger public interest, with the open involvement of subject experts to formulate an FFP approach.

The availability of financial resources, flexibility for use of the latest technology options in programme implementation, technology adoption initiatives at the revenue institution level for new roles, strong will and push for requisite policy changes by the Government, and readiness to adopt practical Public-Private Partnerships mode of industry engagement for technology and technical expertise will help us achieve expeditious implementation of the programme in future. 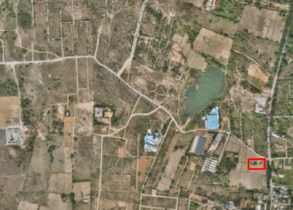 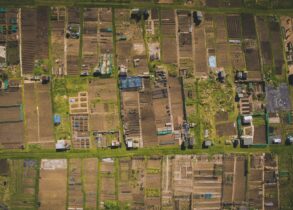