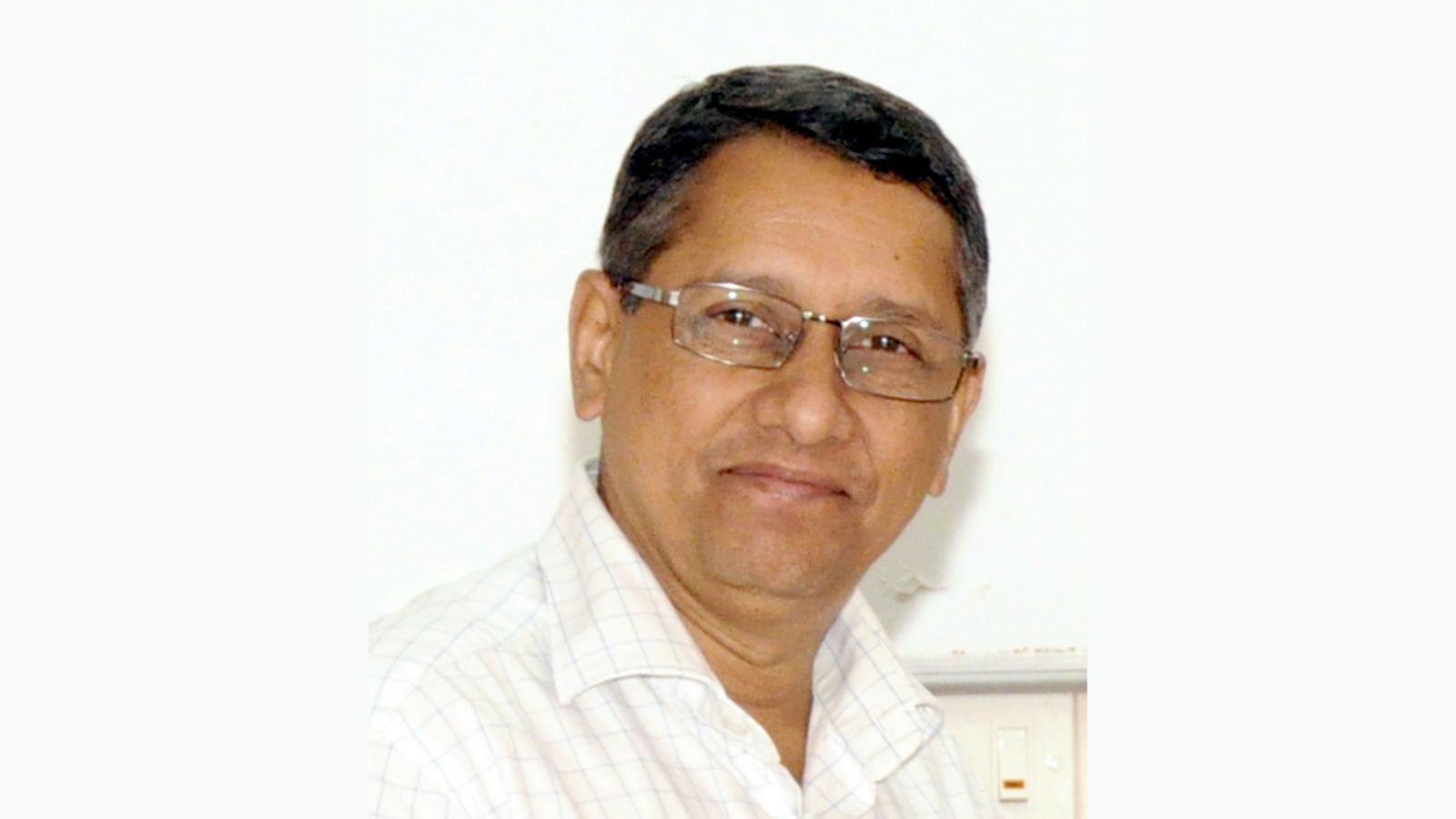 “With their inherent ability to cover large geographical spaces and the ability to view and understand large extents of the open ocean, Geospatial Technologies are unavoidable in the role of decision-making…Location information will play a crucial role in policy-related matters as well as for traceability.”

This interview was originally published in AGI’s Jul-Aug 2021 Newsletter Edition on the theme of Agriculture and Fisheries. To download the full newsletter, click here.

The Central Institute of Fisheries Technology (CIFT) is the only national centre in the country undertaking research in all disciplines relating to fishing and fish processing. Can you throw some light on the mandate of CIFT, especially in the wake of the COVID-19 pandemic which has affected livelihoods, operations and supply chains of the Blue Economy?

ICAR–Central Institute of Fisheries Technology (ICAR-CIFT) was established as the Central Fisheries Technological Research Station (CFTRS) on 29th April 1957 and later named as CIFT in April 1961. The Institute is the only national centre for research on fisheries harvest and post-harvest technology.

With the plateauing of catches in the marine sector and with issues around stock depletion, CIFT is working extensively to reduce the impact of fishing systems on resources. High fuel use, generation of large quantities of bycatch, high fishing power, among others, are some of the greatest challenges in the fishing sector. With a view to combat these, various technologies to make fishing more responsible have been developed by the institute.

All major fishing vessel designs now found in India have been developed from base designs worked out by ICAR-CIFT. The Institute is collaborating with different agencies and institutions to reduce negative environmental impacts due to fishing, and with governments to frame sustainable regulations.

On the post-harvest front, ICAR-CIFT continues to be the country’s top institution for developing standardised technologies for the sustainable utilisation of aquatic resources through value addition and processing. The Institute has been a pioneer in the implementation of cutting-edge food processing technologies in the sector, including high pressure processing, pulsed light preservation, and active packaging.

Fish and fish products that are largely dependent on international trade were badly disrupted early in the pandemic’s growth by market limitations and closures, whereas fresh fish and shellfish supply chains were significantly impacted by food service sector closures (e.g., hotels, restaurants and catering facilities). Additionally, the processing sector saw closures as a result of decreased/lost consumer demand. This has had a substantial effect, particularly on women, who account for the bulk of workers in the post-harvest industry.

CIFT has been working tirelessly to address some of these difficulties, through its mandated works, which include supply of know-how and advice to the governments to deal with the difficulties and its low-cost all-weather technologies like solar dryer have been a boon to the fishers, to produce quality products with low price. Similarly, the institute has been collaborating with international agencies like WorldFish, to utilize small fish for meeting the nutritional needs of the tribal population.  Programs like these, ensure that fish is being utilized and reaches the most needed population.

Additionally, new marketing strategies, new products requiring minimal processing and having a long shelf life, and so forth would be required in addition to changes in the already existing post-harvest technologies. CIFT is looking into these aspects critically and is channelising its research to address many the issues.

CIFT is behind the development of state-of-the-art multipurpose fishing vessels such as the FV Sagar Harita for efficient harvesting purposes. Is there any focus on integrating such vessels or harvesting processes with geospatial technologies like GIS, remote sensing, drone-based and bathymetric surveys?

CIFT is a research institution, and the idea is to develop new technologies, that would benefit the fishing industry. FV Sagar Harita, which is a 19.75m long fuel-efficient multipurpose fishing vessel designed by ICAR-CIFT and built by Goa Shipyard Limited (GSL), is a new generation energy efficient green fishing vessel equipped with the latest technology.

CIFT has been associated with Space Applications Centre (SAC) and Indian National Centre of Ocean Information Services (INCOIS) for the identification of potential fishing areas using remotely sensed data. This work has started from the late 90’s and CIFT had been involved with these agencies for the validation of the products. This program has since developed and now INCOIS is regularly supplying Potential Fishing Zone Information to the fishers along the Indian coast, which has significantly improved the catches and the profitability of fishers.

Our scientists are associating with INCOIS for deploying ocean forecasting equipment, one such equipment is deployed off Veraval, which is helping INCOIS to give timely information to the fishers on the sea state and other oceanographic conditions.

Smart packaging systems are gradually taking over commercial fisheries and aquaculture with the intention of monitoring & communication throughout the supply chain. How crucial is location intelligence in this respect, considering the Indian fisheries industry is involved in inter-state and international trade?

Indian fish trade is practiced across the length and breadth of the country including exporting. The fish landed in Veraval of Gujarat in West coast will reach Madhya Pradesh, Chhattisgarh and Jharkhand. Similarly, fish and shrimp from Andhra Pradesh will be travelling up to North-eastern states, West Bengal and Southern Gujarat. Similarly, fish harvested off-Maharashtra, Off-Karnataka coast will be reaching Gujarat for its processing. Very recently, with the help and support of ICAR-CIFT, trout cultured in Jammu & Kashmir is being supplied to Kerala and Karnataka by a group of young entrepreneurs.

Apart from this, fish and shellfishes from India are exported to nearly 130 countries. So literally, there is no boundary for fish, it can travel across the states within India as well as across the globe. From this, it is very clear that the fish caught in any remote location in India may be travelling thousands of miles till it reaches the consumer plate. So, in this context, location information will play a crucial role in policy related matters apart from getting the confidence of consumers as well as for the traceability. 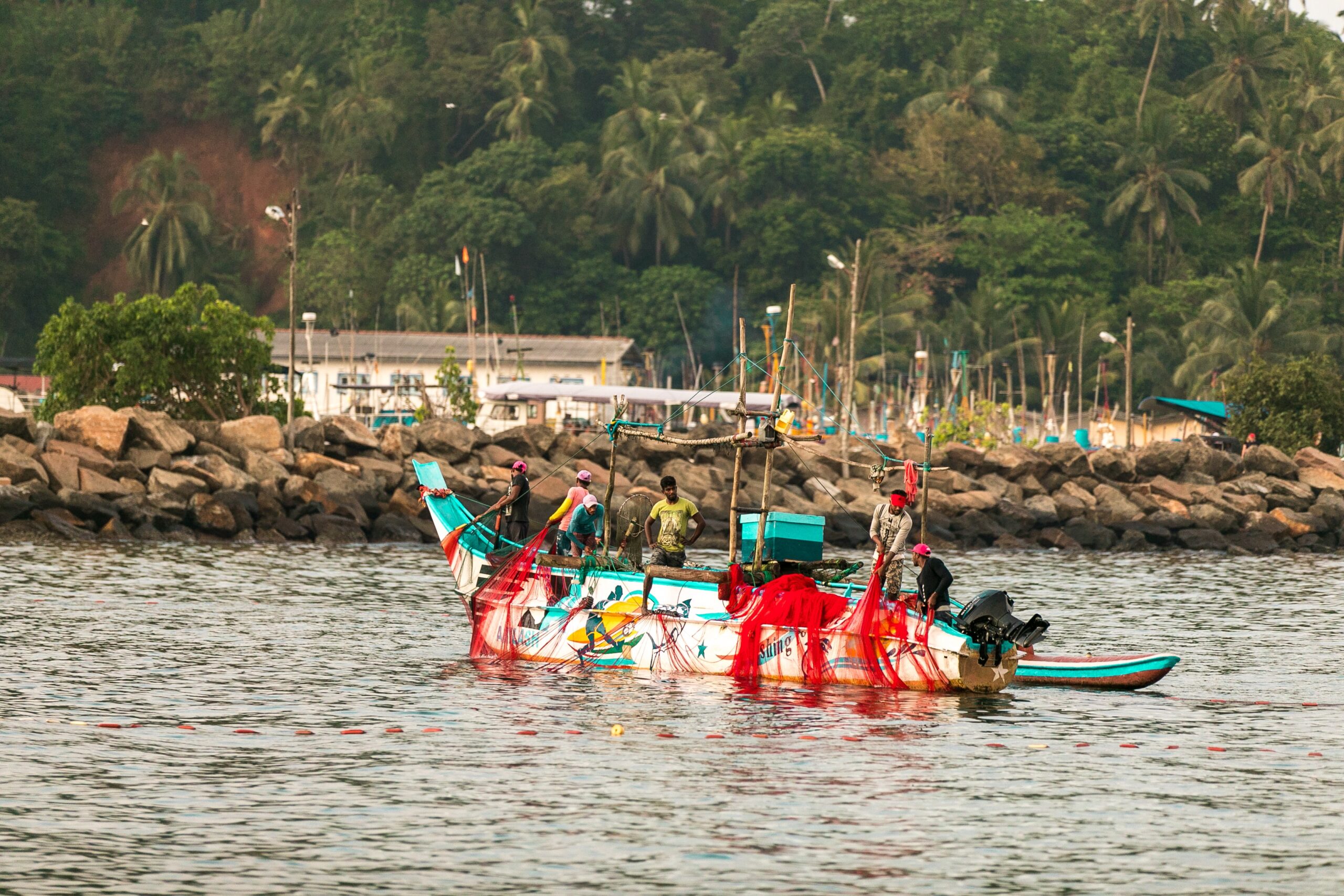 Smart packaging which includes active and intelligent packaging system not just provides inert barrier, but it helps in maintaining the desirable conditions during the storage and distribution and provides information like its freshness, quality, presence of pathogens and temperature storage history.

Combining AI and IoT with these smart packaging will help in getting accurate information about the location from where the fish is caught or harvested or cultured and its temperature history and total distance travelled including carbon foot printing.

A large section of the fish harvesting community in India comprises small-scale fishermen in coastal villages of the country. What steps can be taken for providing them with better safety, communication and navigation opportunities, especially during emergencies?

ICAR-CIFT is a major contributor to the modified Marine Fisheries Regulations Acts of different states. The most recent one being the KMFR, which has bought in sweeping changes. One of the highlights of the recommendations related to fishing, is the mandatory use of navigational and communication facilities onboard small-scale fishing vessels.

CIFT was also a major contributor is finalizing the colour codes for vessels in traditional sector of Kerala. As per the new MFRA, the vessels need to have a vessel monitoring systems fitted on for tracking. The institute would be collaborating with Govt. of Kerala for trials using Vessel tracking systems.

“(Geospatial Technologies) is a big area that has immense potential for ecological understanding and management measures based on the input from remote sensing and GIS.”

CIFT always advocated for mandatory use of lifesaving and firefighting appliances on all class of fishing vessels. In addition to this, strict monitoring and licenses for fishing also should be made mandatory, so that tracking of fishers would be possible and would indirectly help in quantification of the fishing effort, which is an essential input for stock assessment studies.

Do you think geospatial technologies in particular and advanced tools or techniques in general have the potential to resolve the conflicting interests of the fisheries industry and ecological concerns?

The state of marine fisheries in the country and all over the world, requires some very urgent action to be taken, to make it more responsible, or else as many of the research papers, say, the entire system would collapse in coming 20-30 years. Geo spatial technologies have a very important role to play in addressing some of the issues that fisheries are facing in the recent times.

With their inherent ability to cover large geographical spaces and the ability to view and understand large extends of the open ocean, make it unavoidable in the role of decision making. There are large groups of researchers who have been working in the area of remote sensing for ecological understanding and I am happy to say that CIFT had organized such a program on Societal applications of Fisheries, sometime in 2010, in collaboration with international agencies. This is a big area that has immense potential for ecological understanding and management measures based on the input from remote sensing and GIS.

One of the most important problem, faced by marine fisheries, mostly in the Asian waters, is the un-controlled increase in the number of fishing vessel, and together with the increase in the installed engine power, these vessels have immense fishing power that can easily collapse fish stocks if not controlled at the early stages. Technologies like Vessel monitoring systems, are essential for the vessels, both in the small-scale and the mechanized sectors to understand the fishing locations, for spatial and temporal restrictions and also for traceability issues, which are becoming increasingly important.

Since most of the vessels operated along our coast belong to the small-scale category, technologies and instrument which are cheaper, so that it could be easily adopted by the fishers are needed. There is high end version of the instrument, available in the market, but adoption of these is often seen as a problem, even though governments have been trying hard to popularize them. 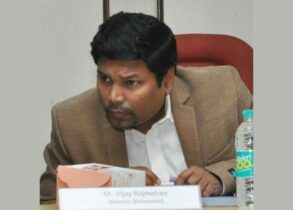