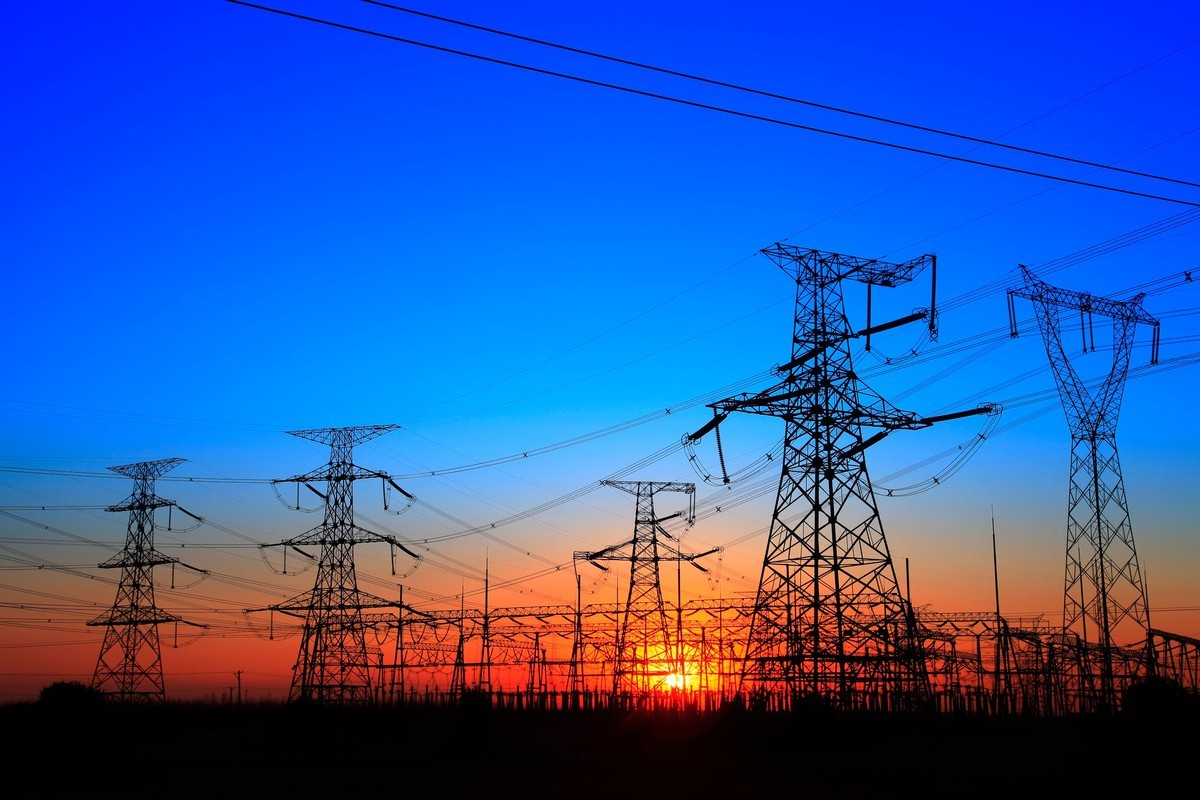 Electricity consumption is an important indicator of national development. 24×7 electricity availability in India will ensure success in many mission-mode projects like the Smart Cities Mission, AMRUT, Make in India, Digital India, and others. The World Bank includes ‘Getting Electricity’ as one of the 10 topics for ranking countries on Ease of Doing Business. India holds the 22nd position in that parameter ranking. However, according to the 2018 Global Competitiveness Report, India ranks at 80th position among 137 economies in the reliability of its electricity supply. Even though India has done exceptionally well in electricity production, bagging the position of the world’s third-largest producer of electricity, it still lacks adequate distribution infrastructure. To add to this, another World Bank study projects electricity demand in India to triple between 2018 to 2040.

Challenges of the Electricity sector

The electricity sector in India is facing critical challenges, like ensuring last mile connectivity, unequal electricity distribution, lack of timely information on load and demand, consumer level losses, theft of power. The reason for these challenges includes the inability of DISCOMs to predict and manage asset damages in different areas, reliably forecasting and managing outages, lack of transparency in the overall power distribution process, inefficient scheme designing, planning and management. All this leads to the burden on electricity providers in terms of time, resources, and costs.

Efforts by the Government

The electric utility sector in India has received priority ever since the process of planned development began in the 1950s. The sector has witnessed remarkable growth and progress resulting in extensive use of electricity in all the sectors of the economy.

Power for All Programme – This is a Joint Initiative of Government of India (GoI) and State Governments with the objective to provide 24×7 power to all households, industry, commercial businesses, public needs, or any other electricity consuming entity, as well as adequate power to agriculture farm holdings by 2019.

Ujjwal DISCOM Assurance Yojana (UDAY) – UDAY is the financial turnaround and revival package for electricity distribution companies of India (DISCOMs) initiated by the Government of India with the intent to find a permanent solution to the financial issues of the power distribution sector.

Saubhagya Scheme or Pradhan Mantri Sahaj Bijli Har Ghar Yojana – This project is aimed at completing the electrification process of the entire country. As of June 2019, 91% of rural Indian households have received electricity access through this scheme.

In an electric utility, transmission and distribution is a multifaceted task that presents a huge challenge to the service providers. They also represent a huge portion of their annual operating budgets. Geospatial technology helps to map assets that gives a complete visualization of the network including consumers on board. The entire utility mapping on one platform helps to identify gaps in the network and allows service providers to look at the bigger picture and thus make a powerful decision-making tool. This in return helps them in deciding capital requirements in the most optimal manner.

Once all the consumers in the network are mapped, they are then attached to the relevant distribution transformer or the feeder that forms the foundation of the entire process of accounting of energy and determining losses. This allows targeted interventions for loss reduction which is one of the key challenges that the entire Indian power sector faces today and due to which the overall financial viability is under stress for the sector.

Geospatial technology also brings in operation and maintenance benefits. For example, whenever there is an outage, it is easier to figure out where exactly are the consumers located and then outage management system can be initiated based on that location information.

India has taken significant steps in digitalizing the electric utility sector and launched the Restructured Accelerated Power Development and Reforms Programme (R-APDRP) in July 2008. Under the R-APDRP it was proposed to prepare base-line data for the project area covering consumer indexing, GIS mapping, metering of distribution transformers and feeders, and automatic data logging for all distribution transformers and feeders and SCADA system.

The program has seen reasonable success in terms of getting the assets mapped onto a GIS platform and then integrating it with the system automation SCADA systems and the distribution management system. This, to a large extent, helped the distribution companies to understand and manage their network in a better way and attend to their operation and maintenance and service the consumers in an improved manner. 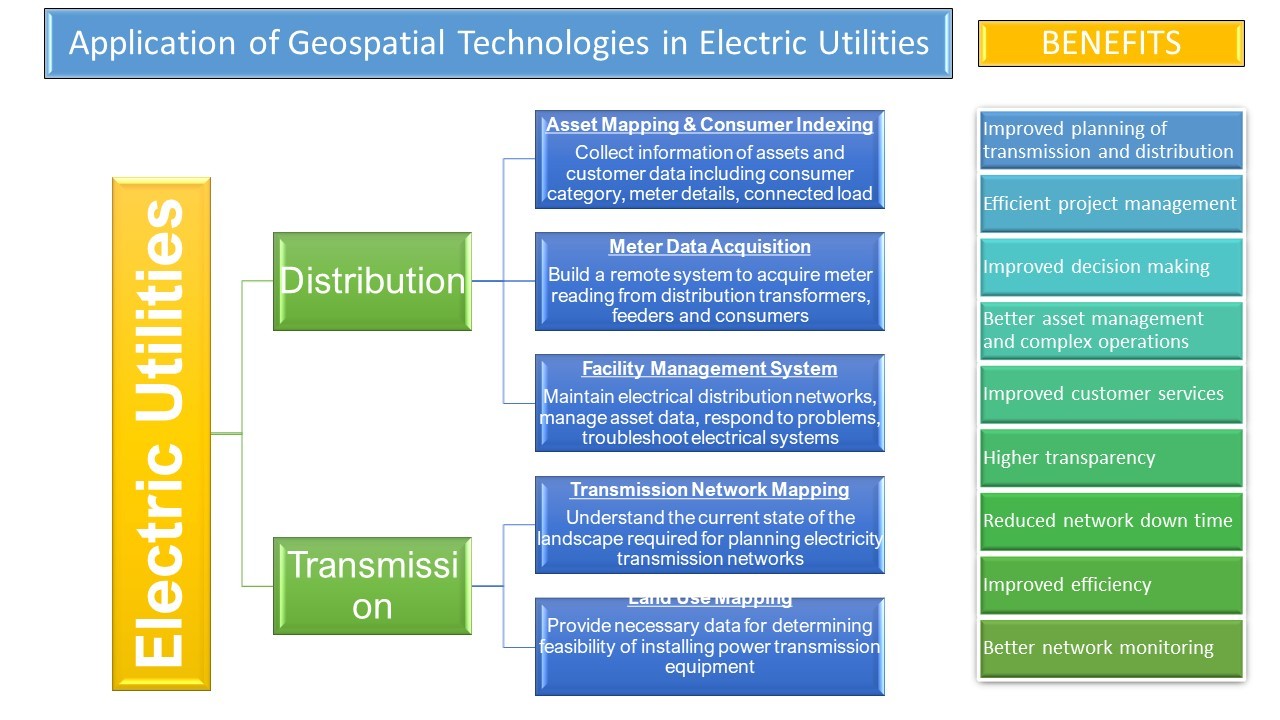 In the recent past, electricity demand in India has increased rapidly and is expected to increase further in the coming years. Geospatial technologies can help in planning of transmission and distribution requirements, efficient project management, improved decision making, better management of assets and complex operations, improved customer services, higher transparency, reduced network downtime, improved efficiency, and better network monitoring. Efforts are needed to integrate geospatial technologies with SCADA and other digital technologies by DISCOMS to better planning and provision of electricity. A collaborative approach between the geospatial industry and electricity service providers is the key to attaining better outcomes. 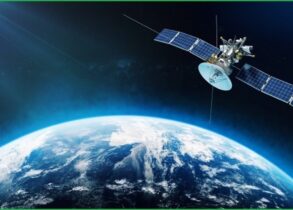 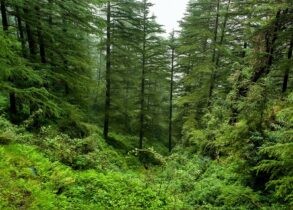 How can geospatial help in forest management?