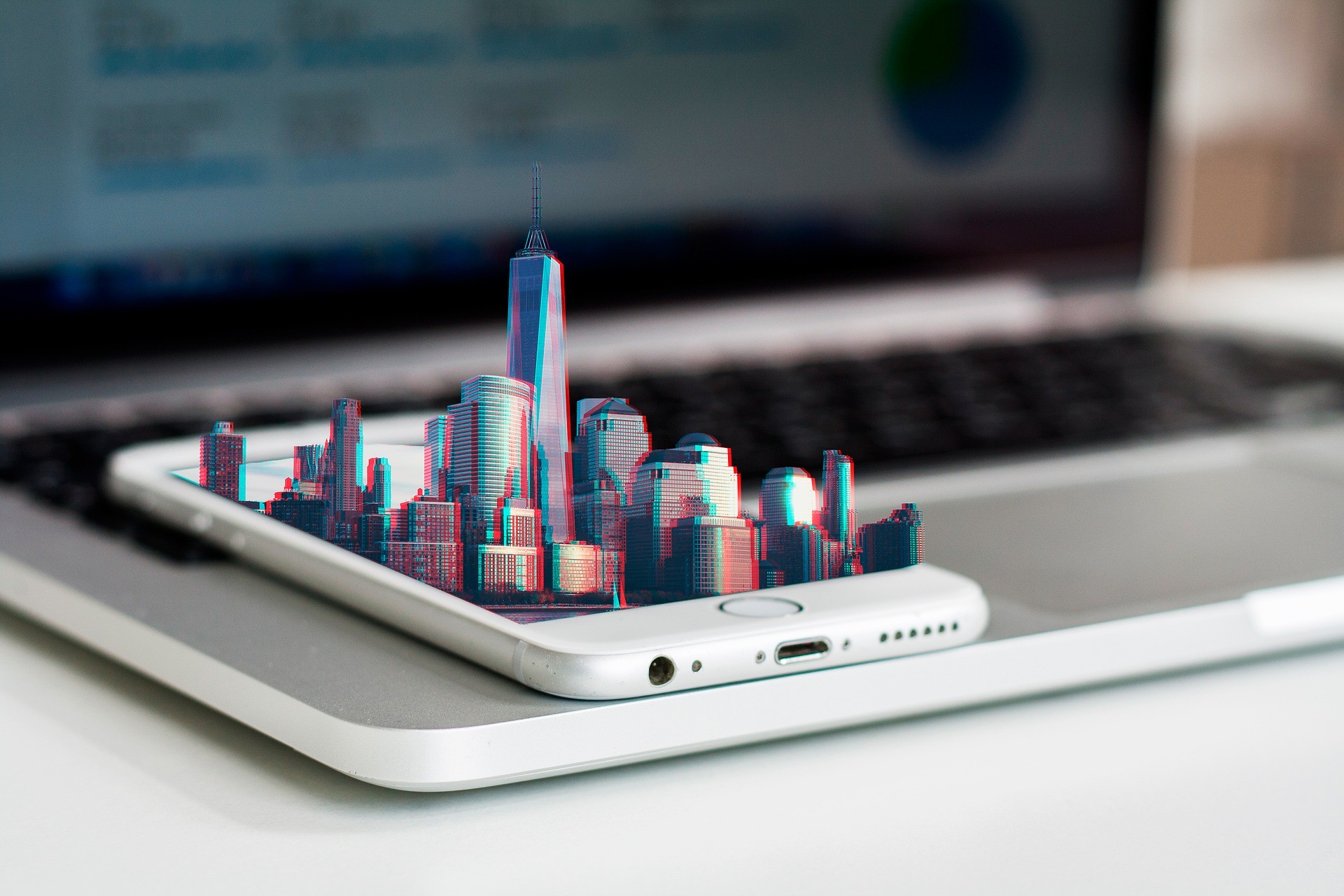 Explained: The Concept of Digital Twins

Governments around the world view smart cities as a sustainable solution to administrative, environmental, and economical challenges. However, smart cities are only as good as the data they capture, store analyze, and build upon.

It is no wonder then that a safe, sustainable smart city requires an intelligent and automated infrastructure for the above functions, that can scale as needed. Digital twins are virtual representations of real-world physical locations, objects, materials, systems or even people which help realize the above objectives.

In recent years, the integration of Geospatial technology with Building Information Modeling (BIM) has fueled an all-new dimension for Digital Twins, and they have made their foray into complicated sectors like urban governance, construction & real estate, supply chain management, utilities, and so on.

The idea of digital twin technology finds its earliest mention in the publication Mirror Worlds by David Gelertner, though University of Michigan faculty Dr. Michael Grieves is credited with the first application of the concept in 2002 in the field of manufacturing. The “twin” model consisted of two systems – the physical system that has always existed, and a new virtual one that mirrored or twinned all the information of its physical counterpart. 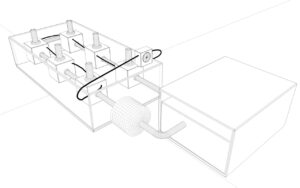 NASA, however, had used the core idea of digital twins much earlier in its Apollo space exploration missions, in the 1970s. Each voyaging spacecraft was exactly replicated in an earthbound version for flight crew personnel to simulate and study extreme environments.

Digital twins for the Geospatial sector started gaining momentum a few years down the line. There is global consensus that they should be based on 3D city models containing real-time location data, objects with both geometric and semantic information and simulations for improved decision-making.

With technological advancements like AI/ML, IoT and Big Data, the scope and application of digital twins is only expected to expand further. According to ABI Research, cities can save up to $280 billion by 2030 using digital twins for more efficient urban planning.

Components and Functions of Digital Twins

A digital twin of a given real-world environment comprises both hardware and data components, bridged by data analysis, visualization and management middleware.

Hardware Component: This includes Geospatial and IoT sensors, satellites, drones, CCTVs, and so on, for capturing data about the real-world object to be simulated into a digital twin. It also comprises actuators converting digital signals into mechanical movements, network devices like routers, edge servers, IoT gateways, and so on.

Data Component: Geospatial and physical data about the assets to be mapped into digital twins help plot the assets accurately in terms of dimension and positioning. This is to be accompanied by an interlay of static and dynamic performance data of the assets, depicting time-based changes, user experience, defects or damages, and so on.  Such raw data is fuel for digital twins.

Middleware: The real engine powering digital twins is the data analytics, real-time visualization, and management middleware accurately representing the collected data, defining and predicting asset performances and failures, defining key performance indicators (KPIs) for critical event response, and so on. With the integration of AI, ML, AR, VR and other advanced technologies, digital twins are becoming increasingly refined in terms of accessibility of outcomes, facilitating improved communication and data sharing among all stakeholders.

Not Just Visualization: The Wider Impact of Digital Twins

A digital twin goes beyond just 3D visualization of objects, facilities, places or cities. They can be used to monitor conditions, test scenarios, and even predict future outcomes. Besides mirroring the physical and natural world in the form of virtual models, digital twins also comprise layers of real-time data, reports, analyses, and user experiences to represent the past, present, and future.

With the help of some of the world’s leading technology providers, the Dublin City Council is creating an interactive virtual environment to ensure that citizens can provide their inputs towards urban planning and development from the safety of their homes, while development projects are on track. A digital duplicate of the entire city’s physical environment, the Dublin Digital Twin will be built on massive, cumulative, real-time, real-world data across an array of dimensions. 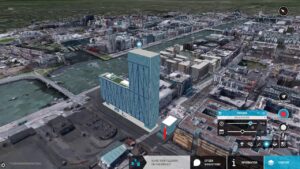 The physical assets of the city will be relayed through specs, drawings, documents, BIM models and detailed analyses using advanced geotechnology. IoT feeds, sensors, drones, cameras, LiDARs and point clouds will be deployed for the massive data collection and generation processes spanning the entire city. The Digital Twin created will offer immersive 3D and XR visualization, a 4D timeline of change and integration with AI/ML for analytics and visibility.

Researchers at Oak Ridge and the National Renewable Energy Laboratory partnered with Chattanooga, Tennessee, to build a digital twin for helping deal with traffic congestion. Data is fed into the digital twin from over 500 different sources, including traffic cameras, 911 data, radar detectors, and weather stations. The digital twin is presently helping authorities carve out both short- and long-term decisions.

For instance, insights from the digital twin were used to recompute timings for traffic signals to reduce congestion. Signaling patterns have now become dynamic based on real-time traffic conditions provided by the digital twin.

Property owners in Las Vegas can input relevant building data using a template, such as age, condition, and purpose. This information is fed onto the digital twin which analyzes and suggests energy management systems and renewable strategies for decarbonizing the building. The idea is to align property owners with the vision of net-zero carbon emissions.

The publicly accessible digital 3D model of Boston encompasses the current cityscape of buildings (completed, under construction, and proposed), daylight and shadows, urban mobility, vegetation cover, and points of interest. An extensive library of Geospatial data has been created which can be referred to for assessing development proposals and their impact on zoning, housing, parking, urban heat islands, and traffic congestion, to name a few.

Run by the Centre for Digital Built Britain, the NTDp was launched in 2018 with the objective of establishing an ecosystem of connected digital twins to foster better outcomes for the built environment. It runs the Digital Twin Hub, which is a collaborative and supportive web enabled community for those who own or are developing digital twins. Community-empowering developments like principles, roadmaps, hubs, and programmes have been launched under the programme to develop and crowdsource resources for the projects.

Ushering in the Next Industrial Revolution

The Fourth Industrial Revolution (4IR) embraces automation and data exchange and has steadily become the talking point across industries. Digital twins have emerged as the most powerful core of this new and revolutionary era, breaking away from the traditional approach of “build first tweak later”.

Their data and analytics-driven design process is helping entire business value chains with a far more detailed understanding of asset features, performance, and issues. Union Finance Minister Nirmala Sitharaman stressed on the concept of a circular economy in her Budget Speech, 2022. This vision that can best be realized by deploying digital twins for driving greater productivity across businesses, reducing waste, ensuring resource efficiency and enabling transparent stakeholder engagements. 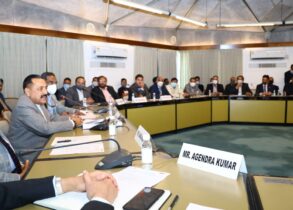 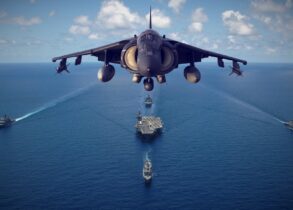